Preventing the Resurrection of Banks’ Failure 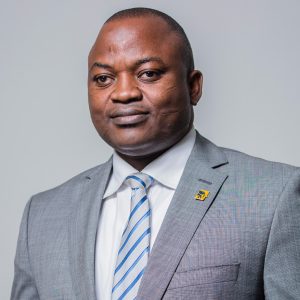 Not long ago, there was a good news from the Governor of Bank of Ghana “we have successively cleaned up the financial sector.” This followed two years of the revocation of licenses of banks, microfinance companies, savings and loans and finance houses. The clean-up exercise that started in August 2017 culminated in a decreased number of Commercial Banks to twenty-three (23) from thirty-six (36). The Savings and Loans institutions shrunk from forty-one (41) to twenty-five (25) while the Microcredit and Microfinance institutions got reduced from five hundred and fifty-four (554) to one hundred and sixty-eight (168). The Finance Houses, Leasing and Remittance Companies went down to seventeen (17) from twenty-six (26).

Almost simultaneously, there was a sad news from minister of finance that “the government had injected an average of GH¢18.6bn in the form of bailout to prevent systemic crisis in the banking sector (MOFEB 2019).” The bailout cost approximately 5% of GDP. It was a bad news because this humongous amount could have been deployed to improve the country’s road infrastructure, the health care system, education or the one district one factory project among others to improve the Ghanaian economy.

The above lends credence to the axiom that shock waves in the failure of financial services affects the entire country. The functions in the financial system are so closely interconnected that any problem in the banking sector will have multiplier effects on other services. This contagion effect possibly led to the revocation of licenses of fifty-three (53) fund management companies on 8th November 2019 by the Security and Exchange Commission of Ghana on account of illiquidity, failure to perform their functions efficiently, honestly and fairly.

According to the banking sector report issued by Bank of Ghana in November 2019, “the positive dividends from the clean-up and recapitalisation reforms have remained broadly sustained reflecting in a sound, solvent, profitable and resilient banking sector.” Indeed, the financial metrics improved significantly in October 2019 when compared with that of the pre-recapitalization/reform exercise in 2017. The Non-Performing Loan ratio has reduced from 22.7% to 17%, total industry assets increased to GH¢121bn from GH¢93bn, total capital jumped to GH¢17.3bn from GHS12.3bn, cost of funds improved to 5.3% from 8.1% while Return on Equity leaped to 20.7% from 16.7%. The task ahead is how to sustain this achievement. Aptly put, how do we prevent the industry from witnessing another crisis in future.

This discussion will be split into two: the responsibilities of regulatory authority and that of the operators in the financial services sector. The manner and style by which these entities carry out their fiduciary duties will significantly affect the tendency of resurrection of the bank’s failure in future. And the burden of responsibility lies more heavily on the regulators than the operators.

The regulatory authority has issued many prudential regulations including Corporate Governance Directive, Fit and Proper Person Directive, Borrowers and Lenders Act, Capital Requirement Directive, Interbank Forex Market Guidelines and others to prevent banks’ failure in future. Beyond this, the regulator needs to ensure strict adherence by the banks to these guidelines. Monitoring and evaluation of compliance are now sine qua non because what is not inspected is not expected and the more time we spend on prevention, the less the need for crisis resolution. This also becomes imperative in the current dispensation where the surviving banks have huge regulatory capital at their disposal. Thomas F. Heelman et al, in their article dubbed “Liberalization, Moral Hazard in Banking, and Prudential Regulation: Are Capital Requirements Enough” posited that when there is huge regulatory capital, the bank executives have high tendency to gamble in asset allocations.

Some of the reasons associated with the insolvency of the banks that had their licenses revoked were insider dealing, false reporting and obtaining banking licenses on the basis of capital with questionable sources (suspicious and non-existent capital) and poor corporate governance. It is very critical and essential that those behind these practices either the erstwhile banks’ owners, the operators or the regulators are prosecuted and sanctioned by the regulators to serve as deterrent to others. It is only when this is done that we can have public confidence and trust in the industry. Both the public and industry players are eagerly awaiting the result of on-going attempts to hold the people involved accountable.

According to reports on the banking crisis in Ghana (various IMF country reports and Bank of Ghana annual reports), one of the prominent factors responsible for the crisis is high non-performing loans most of which were granted to connected and related parties. Banks with high non-performing loans on their books will not generate enough income to operate their business and this further erodes their capital base. These high non-performing loans in the industry were attributable to high lending rates due to sourcing of funds at high costs, high inflation during the period and government’s inability to pay its contractors and other service providers. The second factor is weak regulation where regulators were not attentive to the franchise value of the Banks. Bank of Ghana therefore needs to work assiduously in reducing the interest rates in the industry which will ultimately reduce cost of funds thereby engendering an efficient financial system.

The financial environment is constantly changing arising from the evolution of information technology disruption, increased interest rate and exchange rate volatility and new financial products. Faced with these inevitable changes, banks have had to develop new markets and services to maintain their market shares and to meet the growing needs of customers. Bank have partnered with telecom companies to roll out innovative products that are multidimensional and transnational in nature. This changing landscape presents new supervisory challenges to the regulators. The supervisory body needs to invest heavily in skill and capacity development in order to be able to effectively supervise the operators in the industry.

The establishment of Ghana Deposit Protection Corporation (GDPC) by the Government is another initiative that can guarantee financial stability as well as curtail the potential effects of bank failures on state resources. The existence of this arrangement connotes prevention of depositors from making panic withdrawals from their banks, thereby avoiding financial instability and the upshot of several real economic effects. In order to achieve its core mandate, which is to protect small depositors from losses as a result of the collapse of financial institutions, government needs to strengthen the institution with appropriate resources and power to execute its programme. The premium to be paid by the banks should be well protected and invested such that it would be available when and if the need for it arises.  There should be firm handshake and collaboration between the GDPC and Bank of Ghana especially in areas of supervision or examination of the operations of banks.

The next is the enforcement of the provision of Credit Reporting Act No 726 of 2007 which makes it mandatory for registered financial institutions to submit data on borrowing customers on monthly basis to all approved Credit Reference Bureaus. The import of this provision is to make credit information especially impaired facilities about customers available effortlessly to financial institutions to aid in credit assessment of potential loan customers. Had this been strictly adhered to, a situation where one customer had huge exposures to about ten banks in 2016 could have been avoided because it posed a serious threat to the industry.

On the part of the operators, the position of the Basel Committee on Banking supervision is unambiguous “the major cause of serious banking problems continues to be directly related to lax credit standards for borrowers, or counter parties, poor portfolio risk management, or a lack of attention to changes or future changes in economic or other circumstances that can lead to deterioration in the credit standing of the bank’s counterparties.” All banks must ensure that their risk management framework is enhanced to best international standards that will not only guarantee repayment of the loan but also facilitate recovery of the collateral in case of default.

Interestingly, the task to prevent future undesirable occurrences in the banking system and the inherent contagion effect across the entire financial system has been placed on the shoulder of the seven-member Financial Stability Advisory Council. The main responsibility of the council is to “coordinate and share information to ensure speedy recognition of problems and early resolution before they become systemic problems.”

What we need is chemotherapy but not life-threatening surgery. An appropriate adage in this instance is “an ounce of prevention is worth a pound of cure.” The more time spent on prevention, the less the need for crisis resolution. And the time to act is now!

Request a call back